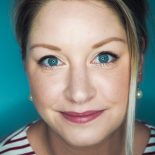 Research on Alice's Adventures in Wonderland

After the conference | Part I — Surviving madness

A wonderful (and substantial) part of a scholar’s life is spent in conferences. As Itir Toksöz argues in a blog post on the Guardian Higher Education Network, “Striking a balance between too few and too many conferences is difficult. Some argue that if you travel to conferences too often, you run the risk of missing out on your primary duties to your institution. Some on the other hand argue that it is a way for an academic to enrich themselves.” And much like him, I am of the second opinion, though I understand that navigation the zone between “primary duties to my institution” and “enriching myself” can definitely be somewhat tricky.

Thanks to a strong team of colleagues within which we share duties in order for each of us to pursue our research (thank you, Lobke, Alex, Adrien, and Amandine) as well as our other projects with the students, the institution can actually survive if one of us is absent for a couple of days, which means that attending a conference is not only easy, it is also encouraged.

And do I love going to conferences. I love everything about them: the journey, meeting new people and running into academic acquaintances, the buffets, the freshly printed programmes, the badges, the excitement of taking the floor without knowing if the audience is going to be interested in your paper, the feedbacks, the discovery of new approaches through other speakers’ presentations… Above all, I love the sense of community that one feels in a conference, in contrast to the sometimes lonely life of a Humanities researcher.

So when my head of department grabbed me by the elbow at our June mixer last year and told me that we “needed to talk about organising a conference on Alice,” I was very excited.

In my entire faculty, that counts about seventy staff members, only three work on literature at all; only two of us work on literary translation; when it comes to Alice, then we are down to one person: yours truly. And while I tend to be content to work on my research on my own (call it the only-child syndrome if you like), I am always equally happy to meet like-minded people (call it the only-child-with-cousins syndrome, I suppose) and to discuss the ins and outs of Carroll’s works.

My boss’ idea was to combine a conference with a theatrical adaptation of Alice, as she has directed the annual English play for nearly fifteen years. Later on, we added the possibility of a small exhibition.

I spent the summer drafting a gigantic to-do list (because they’re kinda my thing) and investigating funding options.

Now, it is safe to say without being accused of overstating it that raising funds for a conference in the Humanities in Belgium is like being trapped in a novel by Kafka. It may be intriguing at first, but the whole madness of it gets old very fast.

In order to understand the complete Kafkaesque lunacy that is the funding of the Humanities in Belgium, you first need to understand what the FNRS is. The Fonds National de la Recherche Scientifique (or National Scientific Research Fund) is the organisation that subsidises most of the scientifc production in the French-speaking part of Belgium. It funds PhDs, post-docs, tenures, fellowships, travel grants, lab equipment, etc. It has an annual budget of 173,497,379€ (about £150,000,000 or $190,000,000), almost 90% of which come from public subsidies (the federal state, Brussels-Wallonia Region, National Lottery, etc.) and the rest from private donations [source: FNRS].

Most of that money is spent on paying researcher’s grants so that they can pursue their projects in our universities. The selection is pretty harsh. I, for instance, am not funded by the FNRS. And that is precisely where the catch-22 happens.

The exact conditions are that the organizing committe has two count at least two people whose research is fully funded by the FNRS and who are tenured. I am neither one nor the other, so my only option was to find two people who did fit those conditions, and who were willing to have their names written on official forms claiming for money. Luckily enough, one professor in my faculty accepted to be on board and another professor from a different university said he would not mind if it was absolutely necessary.

Now, how on earth was I supposed to have all this without being sure that the conference would happen, as I did not know whether it would be funded in the first place? It is a bit like inviting thirty kids to a birthday party without ordering a cake, booking a clown, or even being sure that the birthday girl/boy will be there at all.

So for a couple of months, my life consisted in walking blindfolded on the edge of a cliff.

When I sent out the call for papers, I still had no idea whether I would receive any funding. When I sent the invitations to the keynote speakers, I still had no idea how I was going to pay for their stay. When we picked the abstracts, I still did not know if the conference was to happen at all. In fact, when I received a letter that said that the FNRS had decided to give the conference two thirds of the sum I had asked, instead of being disappointed, I was actually relieved and slept well for the first time in months.

As you can imagine, the emotional and physical strain that comes with organising a conference is, to put it mildly, considerable. But as you will see in After the conference (Part II) — Bliss, it was all worth it, and I regret nothing.